You could gamble at Rick’s. So here’s a bet.

I’ll wager that in the years ahead when our decaying infrastructure chickens come home to roost some of the most vocal outcries will come from the very people who helped create the problem. Politics being what it is, a whole bunch of our elected representatives decided this year not to vote to raise the fuel tax or support other revenue-raising measures for reauthorization because it would have been politically unpopular in an election year. So reauthorization stalls, infrastructure crumbles, jobs are lost, long-term planning is in limbo and companies struggle.

In some future election year, dangerous bridges and clogged, potholed and dangerous highways will somehow (I hope) make it into that very short list of issues that actually matter in election campaigns. These aforementioned politicians will have the same job-saving needs they had this time. They will shake their heads at the short-sightedness of the past and with courage and urgency support what they didn’t support back in that past.

A lot of the politicians I’m calling “these politicians” are not the most creative people in the world (they have people for that) but I’ll bet they’ll find a way to bring us some wonderful explanations of their unsung, hard-fighting role in those previous mistake-filled years.

Superficiality is part of politics and politicians use, abuse, and on occasion avoid it depending on their needs. It comes with the toolkit that politicians use to play their role.

When Claude Rains in his role as Captain Renault tells Humphrey Bogart as Rick that he is “shocked, shocked to find that gambling is going on in here!” and shuts Rick’s Café Américain down (I’m assuming the whole world has seen Casablanca) we smile wryly. Renault is of course a regular gambler at Rick’s and wins far more than he loses, and not just by chance. Here’s a character who says of himself that he “blows with the wind,” finding that by pretending to be doing his job he can gain a little something for himself.

In my version, of course Rains (as a politician) would say, straight-faced, to Bogart (as a voter), “I’m shocked, shocked to find that our highways and bridges have been neglected.”

We have largely accepted, unfortunately, that politicians can’t always stand front and center and survive. So we give them a free pass or two on non-vital issues. But America’s infrastructure is not one of them. What is vitally needed from our politicians is clear – give us an adequately-funded six-year surface transportation act, now.v 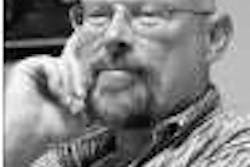 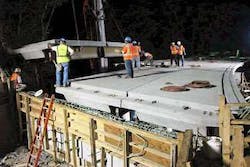 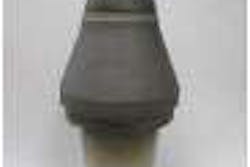 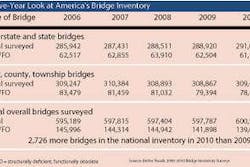