Delta is Australasia’s largest demolition contractor, Managing Director, Con Petropoulos, says the machine will help open up a number of new markets for the company.

“We are involved with a number of large civil infrastructure projects at the moment and the TC1885 will be an ideal machine for these big jobs,” said Petropoulos. “We bought a LT140 jaw crusher a few years ago and the TC1885 will work in tandem with that machine.

“This gives us a very high-capacity mobile solution for a number of campaign crushing applications in mining, quarrying, civil construction and demolition,” he said. “Profitability in mobile crushing relies on higher crushing capacity, with less machines”.

SCS Sales and Marketing Manager, Brian Court, says the size of the TC1885 should, potentially, enable it to produce around 1000 tonnes of crushed rock per hour. “In the crushing industry big is usually better. The potential volume of throughput from this machine is huge. This capacity, combined with its mobility, is what gives the TC1885 its edge.

“A mobile crushing unit can be placed right at the rock face where it is needed,” explained Court. “The TC1885 can be moved around a mining operation depending where it is needed the most. This can help eliminate costly double-handling of material. “Processing at the rock-face will save mining companies a great deal of money on fuel and equipment costs and significantly lower the cost of production per tonne of rock.”

Brian Court says the TC1885 is the culmination of years of research and development in crushing technology. “SCS has been making cone crushers for the Australasian market for the last fifteen years,” he said. “The knowledge we have gained over this time has allowed us to think much bigger with this machine. Our design team spent a great deal of time making sure that the machine is capable of harnessing the enormous stresses involved with such a large cone.”

The TC1885 is powered by a 27 litre 875 HP, twin turbo, V12 Caterpillar engine. It contains over 5 tonnes of liquid when fully fuelled and all hydraulic systems charged. The crushing unit of the machine weighs 65 tonnes on its own.

The close side setting can vary from 65mm down to 15mm. Four concave options are available offering feed openings of 500, 360, 240 and 180mm respectively.

Brian Court says the potential for the TC1885 in different applications is large, as the global mining industry looks for increased efficiency and greater production. “The mining industry is looking for ways of consolidating production costs while still increasing production capability to satisfy expected future demand,” he said.

Brian Court estimates the turnaround time to produce each TC1885 will be four months. “The hard work has now been done, the research and development, now we will be looking to make a big impact on the Australian and Global marketplace with this machine.” 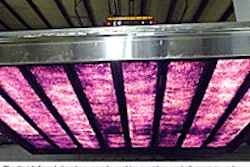 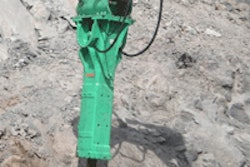 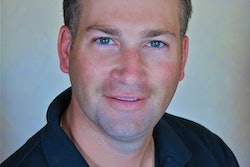