The People in the Pictures

April 27th. Tornadoes ravaged the South. Alabama was the hardest hit state. Tuscaloosa, our home town, saw the most destruction and the biggest loss of life in the state after a tornado almost a mile wide touched down and sliced through town, staying on the ground for miles. More than 7,000 homes and businesses in Tuscaloosa were destroyed, entire neighborhoods wiped out. So far we know 238 people died in this state, 41 in Tuscaloosa County.

A snapshot of a community is just that. It tells you something about a particular time in that community’s life. You’ve seen news videos and photographs of stunned people walking in the rubble and more pictures of volunteers pouring into devastated neighborhoods to help. But a snapshot’s value is limited when you want to assess that community. It is one photographer or videographer’s work, and generally published photos are taken with publication in mind. They meet certain professional impact standards.

Journalists also look for narratives, stories to tell. And the aftermath of the tornadoes provided pages and pages of them. These stories are also written with publication in mind; they conform to habits and practices of news media.

But to know a community requires an understanding of who the people are in those snapshots and stories, and the relationships that exist between them. You have to know more about the people in the pictures and the stories. And you have to be here to do that.

In the aftermath of the violence, the people in this town made me proud to live here. Their help to victims digging out was not just a burst of post-storm enthusiasm; it has not faded to this day. The resilience of the people hurt or left without homes and possessions is astounding. People became care givers, took in people, raided their pantries and closets, took their backyard or construction company equipment to work it cleaning up, saved pets, brought courage, laughter and high spirits into the wreckage, donated prom gowns and took nails out of tires and sharpened saw blades free of charge.

When you saw the images and read the stories, did you wonder about the people, who they were before the storm and how they will manage now? Know that they helped each other before the tornado hit, that they are members of extended families and cherish lifelong friendships, and they have a history of welcoming and helping strangers. Their roots go very deep in this town and their bonds don’t break easily. They will rebuild their lives and help rebuild the lives of others

They are the people in the pictures. They are my friends and neighbors. 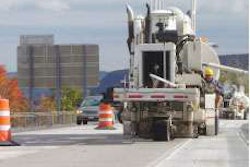