MAP-21, our brand-new surface transportation legislation, includes several significant changes to the review and approval process for transportation projects, all of which have the potential to change, and hopefully benefit the way agencies and contractors work. There would seem to be a combination of potential opportunities and potential bumps in the road in the legislation. But overall MAP-21’s reforms do seem to deliver more of the former.

The American Road and Transportation Builders Association’s (ARTBA) analysis of the legislation delightedly points out that the new law deliver some of the organization’s long-held priorities in reforming the review and approval process, to wit, greater “lead agency authority” for the U.S. DOT and the integration of the planning and the National Environmental Policy Act (NEPA) processes.

And, says ARTBA, changes allow state and federal agencies to “undertake a review process which is far less time consuming without weakening existing environmental protections.” In other words to speed up some legendarily slow processes.

To cite just one example from the ARTBA analysis: “MAP-21 allows for the expanded use of the categorical exclusion (CE) process, the least rigorous form of environmental review, in a number of additional areas. CEs may now be used for: projects within an existing right-of-way; certain components of multi-modal projects; repair and reconstruction of existing roads, highways and bridges; projects damaged by natural disaster; and projects receiving minimal federal funds.”

The new law expands SAFETEA-LU’s efforts to delegate responsibilities to states by allowing all states to assume control of either CEs or the entire environmental review process, says the organization. “MAP-21 narrows the 180-day time limit to file lawsuits on a project decision started in SAFETEA-LU to 150 days. Further, the law establishes time limits on permitting decisions.”

• The Secretary of Transportation must complete an annual online report on all projects for which federal funds were obligated;

• Establishes a Transportation Alternatives program that dedicates two percent of the amounts provided to states by formula for activities including bike and pedestrian trails; safe routes for children and individuals with disabilities; abandoned rail conversions; community improvement activities and environmental mitigation activities. The two percent is a $300 million reduction from the cumulative funds provided annually for these activities under SAFETEA-LU;

• Allows project sponsors the option of acquiring property necessary for a project prior to the completion of NEPA reviews.

David Goldberg, communications director for Transportation for America (T4A) answering his own question (“Is it a bellwether for transportation votes in other states and metros?”) after a vote in Atlanta to reject an $8 billion tax to fund road and transit projects.

Leftover earmarks from the old SAFETEA-LU years will be hauled out of their hiding places and put to work, adding almost half a billion dollars to funds ready to flow into transportation projects. This courtesy of a “use it or lose it” ultimatum from the White House.

Transportation Secretary Ray LaHood is making over $470 million in unspent earmarks immediately available to states for projects that will create jobs and help improve transportation across the country. “We are freeing up these funds so states can get down to the business of moving transportation projects forward and putting our friends and neighbors back to work,” said LaHood.

President Obama has vowed to veto any bill that comes to his desk with earmarks and says he would support legislation to permanently ban earmarks. But $473 million in highway earmarks from FY2003-2006 appropriations acts remain unspent years later. Those acts contain provisions that authorize the Secretary to make the unused funds available for eligible surface transportation projects, says the White House, and those provisions have been put to work.

State departments of transportation can use their unspent earmarked highway funds, some of which are nearly 10 years old, on any eligible highway, transit, passenger rail, or port project. States must identify the projects they plan to use the funds for by October 1, and must obligate them by December 31, 2012. Funds not obligated by the December 31 deadline will be proportionally redistributed in FY 2013 to states that met the deadline

“Particularly in these difficult fiscal times, states will be able to put these dollars to good use,” said Federal Highway Administrator Victor Mendez.

A list of available funds by state can be accessed: https://www.fhwa.dot.gov/pressroom/redisfy0306earmarks.cfm

For all of the problems you run into everyday, there are, somewhere, answers.

Our new website section, Solutions, began as an idea when I was sitting with executive editor Tina Barbaccia and a group of engineers at an American Public Works Association conference. Some of them had problems, and they tossed them on the table, as it were. Every engineer around that table pitched in with advice, ideas, case studies or horror stories. It was by no means the first time we’ve been at such a table. But it the first time it occurred to us to set up Solutions on the Better Roads website so that the self-help process could be interactive online.

Send us a detailed description your problem, with as much support material as we can handle, and we’ll post it in the new Solutions section on BetterRoads.com with a call for help from our expert readers. Also, if you’ve encountered a challenge that you’ve successfully solved, we want to know about that, too. It would be an ideal proactive post.

We already have a Solutions article in the works from Dragos Andrei, Ph.D., P.E., M.ASCE, an associate professor in the Civil Engineering Department of Cal Poly Pomona, to help those of you having a tough time working to integrate recycling and reclaiming strategies into pavement management systems.

But wait, as they say on TV, there’s more!

If your problem or question appears on the website, or if your solution is posted as you try to help, you will be entered (if eligible) into a drawing for a chance to come to a game with the National Champion Alabama Crimson Tide at Bryant-Denny Stadium (a night’s lodging and game tickets) in Tuscaloosa, Ala.

How did we come up with such a great incentive? Tuscaloosa is Better Roads’ hometown. You will be more than welcome.

A recently proposed standard for particulate matter for the cement industry will allow plants to develop new control and compliance strategies to address this and other emissions while preserving vital manufacturing jobs, according to the Portland Cement Association (PCA).

The Environmental Protection Agency (EPA) has already announced new proposals for the national emission standard for hazardous air pollutants (NESHAP) for the portland cement manufacturing industry, specifically, a modification to the emission standard for particulate matter (PM). It also proposed to reset the compliance deadline from September 2013 to September 2015 to address the new PM standard.

The proposal is strongly supported by the data EPA possesses in the rule record, says PCA. In 2009, the association argued that the PM standard should be revised to reflect inherent variability of emissions over time. In reviewing the standard as part of the reconsideration process, EPA came to the same conclusion says PCA. The new proposed standard, says the association, now more accurately reflects the variability of emissions experienced by cement kiln control devices during extended periods of time.

PCA also says it believes the new standard will reduce the number of cement plants that otherwise would have been forced to close, thereby avoiding hardship in many communities throughout the country. 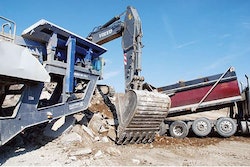 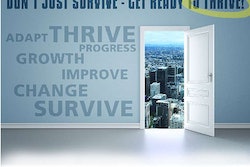