You frequently hear people in the media complain about the big oil companies funding anti-global warming studies and think tanks. This they do, but you can hardly fault them for promoting their own interests.

What is less well known is how frequently the EPA funds the other side of the debate. This federal sugar daddy not only shovels money into global warming studies but a whole host of programs including recently $1.9 million in “environmental justice” programs. To make matters even more vexing a lot of these dollars are going overseas to countries like Brazil and China.

After reviewing the list of projects at the link above, I’d say most of these sound like reasonable research. The dollar amounts, in the big scheme of things, aren’t that much. But programs like these beg the question as to who approves the research. Is any elected official looking at these? Are the taxpayers’ interests represented in any capacity? Is it fair for to ask taxpayers, in a country awash in debt to fund studies to help other countries that own most of that debt?

And just what is environmental justice?  Shouldn’t the EPA just stick to science and let our elected officials determine what is or isn’t “justice.” Is justice something science should concern itself with? Is it measurable, quantifiable, and experimentally repeatable?

Several years ago it was noted in conservative circles that the EPA was funding environmental groups which used the money to hire lawyers who then sued the EPA to force regulations or legislation the EPA wanted but couldn’t get approved through normal channels.

If the EPA needs any help in finding ways to spend the taxpayers money I have a suggestion. In the early part of the last decade the EPA put out information that said the emissions regulations on big diesel engines (otherwise known as Tier 2, 3 and 4 and their on-highway equivalents) would only amount to $200 to $300 in additional cost per engine. We now know that those costs are more in the range of $10,000 to $20,000 per engine.

So my suggestion is this: lets require the EPA to do good research, peer, industry and taxpayer reviewed, on the real financial impact of its regulations in this country. Forget about China, Brazil and environmental justice. Lets reform the EPA into a scientific organization with the highest possible research standards instead of a bunch of idealogues who promote a one-sided agenda with questionable numbers and cover it all up in a cloud of political correctness and bureaucratic skulldugery. 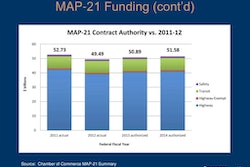 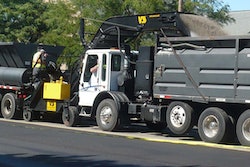 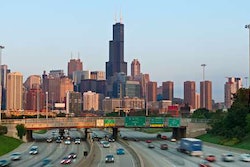