Looks like there is a glimmer of hope in the construction/equipment sector.

Although we already know the equipment rental market has been going gangbusters, the Equipment Leasing & Finance Foundation (the Foundation) July 2012 Monthly Confidence Index for the Equipment Finance Industry (MCI-EFI) released today shows that financing equipment is looking up. (For pie charts from the survey findings, click here.) 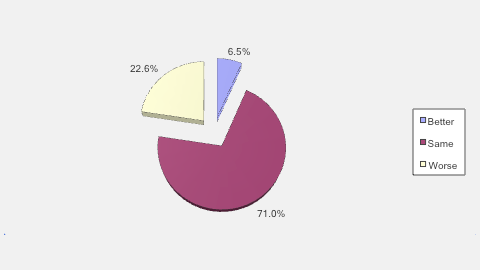 The index found that confidence in the equipment finance market is 51.5, up from the June index of 48.5. According to the Foundation, this however reflects continuing concern about external economic factors and regulatory and political uncertainty.

The index reports a qualitative assessment of both the prevailing business conditions and expectations for the future as reported by key executives from the $628 billion equipment finance sector.

When asked about the outlook for the future, MCI survey respondent Russell D. Nelson, president, Farm Credit Leasing Services Corporation, said, “Continued volatility/uncertainty at home and abroad may inhibit planned/needed capital expenditures during the next six months, but low interest rates and tax incentives will enable our industry to generate modest increases in asset volume and profitability through the remainder of 2012.”

He added, “Improving credit quality, stable earnings, and demand for innovative/creative lease and loan products should position our industry for improved growth in 2013 and beyond.”

The July 2012 Survey Results are as follows: 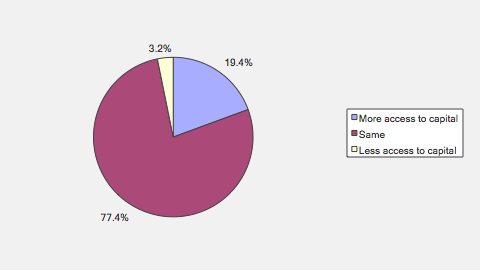 Question from the survey: Over the next four months do you expect to have more or less access to capital to fund your leasing and lending business? Source: Equipment Leasing & Finance Foundation

Depending on the market segment they represent, executives have differing points of view on the current and future outlook for the industry. The following are comments the Foundation gathered:

“The long view is bullish for our industry. In the short run, however, I believe we will see sluggish demand unless and until the consumer side of our economy feels more secure about their financial well being and starts to spend more freely.” Paul Menzel, president and CEO, Financial Pacific Leasing, LLC

“Businesses are showing some reluctance to expand or invest in new capital equipment due to the extremely slow economic recovery. It seems like we are in a wait-and-see mode.” David T. Schaefer, president, Orion First Financial, LLC

“For 2012, I would expect the industry to finish slightly above 2011 levels. However, long-term prosperity for equipment finance and the economy in general will hinge upon the outcome of the November election.” Anonymous