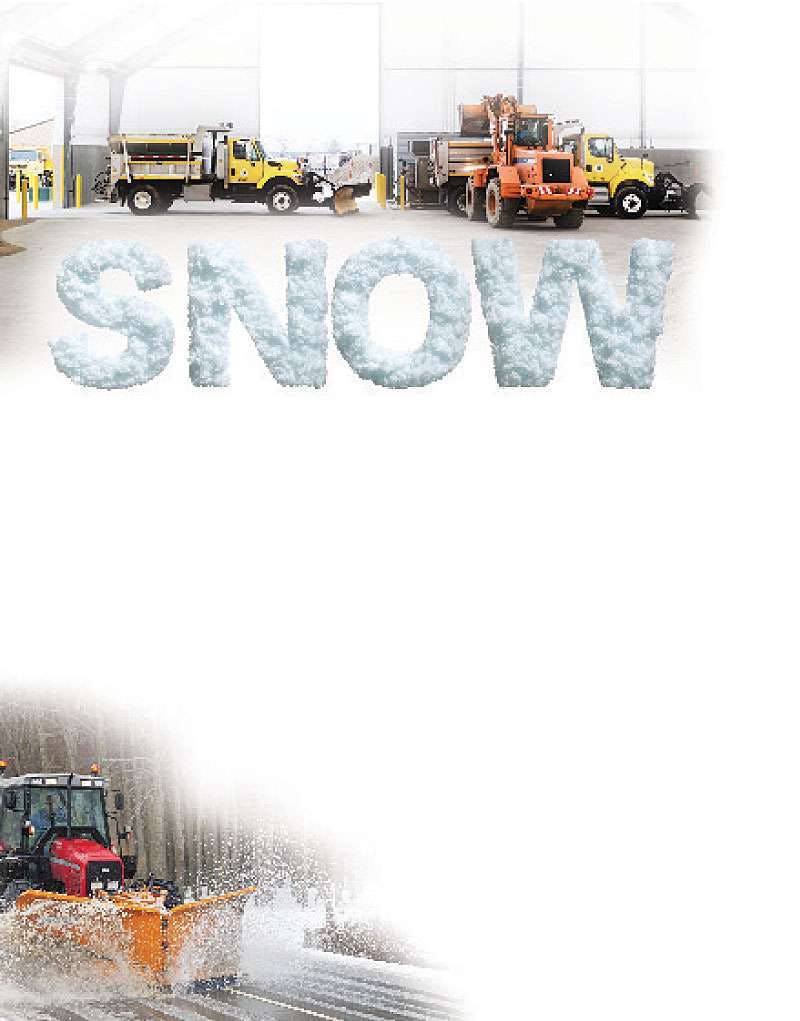 Keep your winter weather operation in top shape year round.

Keeping the equipment used for snow removal in tip-top shape is a year-round job if you do it right.

“A lot of people think you just mount and go,” says Jeffrey Tews, CPFP, fleet operations manager for the City of Milwaukee. “If you try to mount a plow on a piece of equipment that hasn’t seen it for nine or 10 months, you’ll be in for some surprises.” To keep surprises at bay, Tews suggests a four-stage plan for prepping equipment and keeping it in shape – a process that starts as soon as the last snow of the season has fallen. For Tews’ agency, the timeline begins in April.

The City of Milwaukee DPW has about 386 pieces of equipment plus 475 plow blades. Availability, of course, varies. This includes 108 dump trucks with salters and about 170 refuse and recycling packers used for snow. “We are proud of the fact that we use our refuse packers for plowing snow,” Tews notes. “The dumps are primarily used first.” The city also has 36 sidewalk tractors that can be equipped with a plow or blower, and a salter that holds about 1⁄2-cubic-yard.

Tews says there are four stages of fleet maintenance, a year-round process, to keep the winter maintenance operation running smoothly.

This stage begins right after the snow removal season ends. All of the equipment used in the winter should be dismounted. This means “taking a lot of time” to remove all quick disconnects, sealing them and placing a plastic bag over them, Tews says. “We prep them for storage by bathing them in grease and storing them in plastic bags to keep the weather out,” he says. “We make sure we give every piece of equipment a thorough cleaning and lubrication before putting it in storage.”

This is also the time to find anything that needs to be repaired during the course of the summer.

All tailgate linkages should also be freed up, and the tailgate should be put back on the truck so it can be put back to work for any agency employee who needs to use it. “We use it for ice control in the winter, and then the dump goes to a department for the summer,” Tews says. “All of our equipment is multipurpose.”

Stage 1 is also the time to begin operator training. The winter maintenance season is too busy for training, but from April through mid-October operators can be put through obstacle courses and taught more about what can and cannot be done with equipment. “We also update policies during this time and make sure the equipment operators learn the proper operating procedures and pre-trip inspection procedures, Tews adds.”

This stage runs from May through July. “This is when we take on all of the work we couldn’t get to in the winter,” Tews says. “It’s more of the catastrophic failures, for example when an a plow hit a raised sewer grate causing major damage, or a quick repair was done to keep the equipment running but now an extensive repair is needed. Sometimes an operator continued to use a plow when it should have been dismounted and tagged for repair.”

The City of Milwaukee uses same rotating beacon light on its entire fleet to make maintenance and repairs easy, and eliminate the need to stock several types.

Tews cites as an example: “If you wear down past a plow’s cutting edge and you’re halfway through the cutting edge mounting bolts, now you’re ripping things apart leaving huge chunks of metal on the ground.” This is the time when heavy repairs such as this are done. The agency also begins its detailed inspection for the fall as well as the more intensive “C-level” preventive maintenance (PM).

“C-Level PM is where we do the most detailed level of PM, where we inspect everything, all the soft parts and hard parts, and we make sure the oil and filters are changed, check all the belts, hoses, and do maintenance suggested by the manufacturer,” Tews says. “We look for any problems that have popped up during the winter. For example, we had mounting bolts on a plow that had started to deteriorate so badly they were falling off. We examine the problem, figure out whether it’s a warranty item and how many units are defective.”

July is when the City of Milwaukee begins looking at parts contracts and determining whether it has vendor contracts for all the parts it will need during the winter season. “We look at things like cutting edges, all the parts of the salters and all the hardware we are going to use,” Tews says. “We start inspecting block heaters for the trucks and order ample spare blower motors for the heater systems and defrosters. We make sure that we’ll have enough on hand.”

It is, says Tews, “a whole lot easier” to get parts and contracts for thousands of dollars in cutting edges in August than it is in December. “Find out whether you have a vendor willing to stock the parts for you. Work with your vendor. If you know you’ll buy 500 cutting edges, there’s a good chance they’ll keep them in stock and charge you as you use them. They might even consign them to you right in your stock room.”

It’s also a smart idea to form backup plans, Tews says. “We are making plans during this time in case we need to share parts, or vice-versa with our neighboring municipalities,” he says.

Examining the fuel supply inside the storage tanks also gets done. Inspecting and beginning to treat the fuel for water and bacteria in underground tanks in this stage can save a lot of headaches during the active winter maintenance season.

This last step, from mid-September until, typically, late October, “is when we really ramp it up – where we take everything that has been done throughout the year and put it all together,” Tews says. “We start mounting the salt hoppers on the dump trucks, start testing all of the plows, and we exercise all of the equipment to make sure it’s ready to go when we need it.” All necessary calibrations, including liquids such as deicers, should be made at this stage. Once calibration is complete, any leftover repairs should be made.

Tews says some of the best ideas come from the people on the floor and from the drivers doing the work.

He recalls an equipment operator noting that he kept burning up windshield wipers because they were operating either on a fast or slow cycle. To correct the problem, the driver suggested installing wipers with a “delay” mode. “This was a great idea…so we changed,” Tews says. “We spent a little more money for wipers with a delay function, but we stopped burning out wiper blades. We look to make corrections anytime we find a problem.”

One success was a small modification made several years ago when the agency began using carbide cutting edges. Tews says although they are said “to last forever,” they vibrate. “It was like nails on a chalkboard when they were first put in use,” he says. To solve this problem, the city worked out a solution with the repairs division. “It was such a simple solution,” Tews says. “We just had an extra non-carbide tipped cutting edge mounted outside the carbide cutting edge. It stopped the vibration and protected the carbide.” 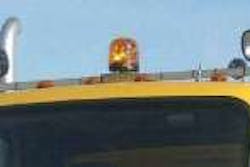 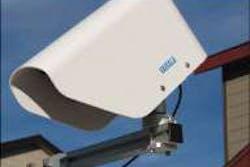 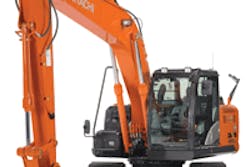 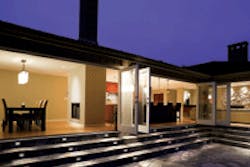