Mack is extending that integration throughout the entire truck ownership experience with a powertrain package called Super Econodyne, an integration that includes the company’s C125 overdrive rear axles, MP8-445SE engines and mDRIVE transmissions. The system is designed to down-speed the engine speed by approximately 200 rpm at highway speeds. At 65 mph, the engine will cruise at 1160 rpm.

In its financial market recap, Mack reported that the construction market — a segment very important to the truck maker — remained soft, but its seeing growth in other areas. “We’re seeing a lot of Granite orders into the system,” says Kevin Flaherty, president, North American sales and marketing. “Between inventory on the ground and those being built, we’re seeing a strong infuence in fracking and gas activity.”

Flaherty said the refuse side has been a spotty market because of the move to natural gas. “We are seeing a postponement on truck purchases until contractors can get permitted for CNG,” he says. “By far the refuse business is driving natural gas development.” Mack expects 40 percent of its sales into the refuse industry this year will be NG engines. 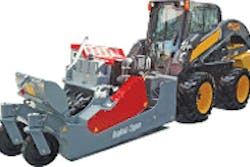 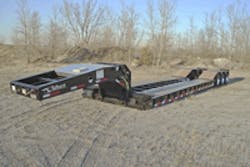 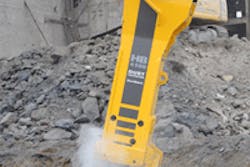 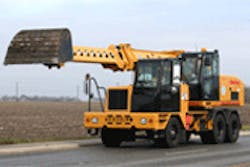