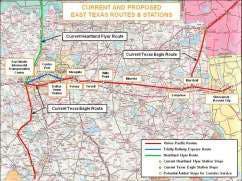 Amtrak and the Texas Department of Transportation (TxDOT) have agreed on the scope of a feasibility study for new Amtrak service between the Bossier City -Shreveport area in Northwest Louisiana and along the Interstate 20 (I-20) corridor to Dallas and Fort Worth. Members of the East Texas Corridor Council (ETCC) joined TxDOT and Amtrak officials to formally recognize the start of work to study new service by conventional trains with a maximum speed of 79 mph.

The report by Amtrak will estimate order-of-magnitude capital requirements and operating costs needed to provide state-sponsored passenger rail service, with trains making up to seven intermediate stops and operating up to two daily round-trips. The study will consider factors such as potential schedules, train operating costs, revenue and ridership, railcar and locomotive requirements, and capital needs for route infrastructure improvements to accommodate new passenger service.

Rail capacity modeling will be performed by Union Pacific Railroad, which owns much of the route. The rail segment between Marshall, Texas, and Fort Worth is served now by the Amtrak Texas Eagle, as part of its Chicago-San Antonio/Los Angeles route with one daily frequency in each direction and intermediate stops in Longview, Mineola and Dallas.

TxDOT has requested the study evaluate schedules with potential new Amtrak stops at Centre Port/DFW Airport (along the Trinity Railway Express commuter route), Mesquite, Forney, Terrell and Wills Point. The stops TxDOT selects for inclusion in the final provisional schedules will depend on a number of factors, such as estimated ridership and revenue, community demographics and railroad operating issues. The costs of building new stations or improving existing facilities are not within the scope of the study, since those are considered to be local expenses.

TxDOT has received $265,000 in federal funds for the I-20 corridor study through the ETCC, which represents the communities and government agencies at the local and regional level in Texas and Louisiana. Also at the event today was a representative of U.S. Senator Kay Bailey Hutchison.

“The council has been working on this project for more than four years. It has been a ‘bottoms up’ process, with the Corridor Council taking the lead in working with Senator Hutchison’s office in obtaining two grants totaling almost $750,000 for the purpose of conducting planning and engineering work on the Interstate 20 corridor passenger rail enhancement. We very much appreciate the Senator’s efforts on our behalf,” said Richard Anderson, ETCC Chairman and a former Texas State Senator and Harrison County Judge, in a press release.

“The study should produce a review of increasing the efficiency of passenger rail in our Ark-La-Tex region by complementing existing rail service and determining projected costs for this project. The results of this study will then take us to the next level,” Judge Anderson added in the press release.

Bill Glavin, TxDOT Rail Division director, added in a written statement: “As always, TxDOT is pleased to partner with Amtrak to advance a much-needed study on the feasibility of passenger rail service between Shreveport/Bossier City and the Metroplex. Passenger and freight rail services are important components of the state’s multi-modal transportation system and a major player in expanding economic opportunity in Texas. These funds will advance the initiative to strategically plan and coordinate rail corridors across the state.”

Michael Franke, P.E., an Amtrak assistant vice president and leader of the Chicago-based study team, notes that “If the study shows evidence that state-funded Amtrak service should be considered, both state legislatures would decide if they should support an expanded service. We look forward to providing a report by the end of the year to aid in that decision-making.”

Shreveport and Bossier City are served by Amtrak with Thruway Motorcoach Service connecting to or from the Texas Eagle at Longview. Shreveport has not had passenger train service since December 1969, when it was discontinued prior to the formation of Amtrak. 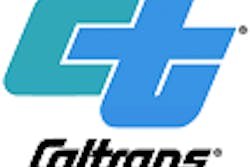 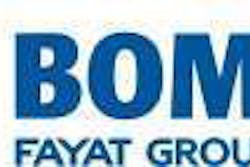 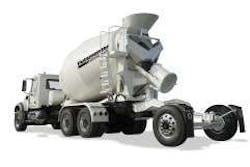