America has always been a nation on the move – especially during the daily commute to work, which comprises approximately 28 percent of all daily trips on roads and transit systems throughout the country, according to new research. Understanding how the country’s commuters get to work is important for transportation decision makers who are in charge of operating and maintaining America’s transportation infrastructure.

The American Association of State Highway and Transportation Officials (AASHTO) has released the final installment in a series of 16 “Commuting in America” briefs that examine a significant and evolving segment of the nation’s traveling public.

The final brief reveals a slowing growth in commuting due to American workers getting older, and declines in the number of younger people entering the workforce. U.S. Census Bureau projections suggest the population in the working age group 18–64 will see a sharp decline over the next 20 years—approximately 6 million new potential workers from 2015 to 2030, in sharp contrast to 26 million during the period 2000 to 2012.

In addition to age demographics, the brief points to potential impacts of technology and land use decisions that are likely to affect future commuting trends. For instance, recent growth of wireless devices allows transit riders to work or communicate while on buses or subways, and fast-developing technology for autonomous cars and connected vehicles could soon let roadway commuters tend to other tasks while their cars drive themselves.

“Regardless of how these phenomena play out, the boom in commuting growth is behind us, at least at the national level,” the brief claims.

In spite of some rather significant changes in demographics, the economy, technology, and the culture and values of residents, a long-term study of available transportation data shows that commuting behaviors have changed modestly over the past decade.

The Commuting in America 2013 series is used by public policy, planning, research, and education practitioners to better understand the patterns and trends in the nature of work and commuting that are influencing critical transportation policy issues and investment decisions.

“By better understanding how commuters select the mode of transportation they use, decision makers can create policies and programs to increase transit ridership, target traffic congestion and enhance the commuting experience,” says Alan Pisarski, a transportation consultant and co-author of the series.

The briefs include topics such as worker trends, vehicle and transit availability, vehicle ownership and licensure levels. It tracks population trends and the use of transit services, biking, walking and carpool commuting options.

“Our research finds that commute trip travel time and the pattern of commute traveling have remained remarkably stable over the past decade; However, employment conditions and consequently the nature of commuting continue to be in a dynamic period,” said co-author Steve Polzin, Ph.D., of the Center for Urban Transportation Research at the University of South Florida “Over time, these changes may continue to alter work-trip commuting trends and it’s important to continue track this data moving forward.” 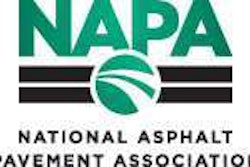 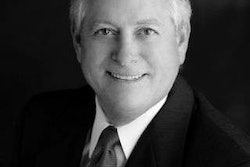 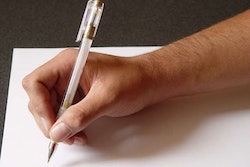