At first glance, the California Air Resources Board announcement on February 11 seemed like what it declared itself to be: relief. James Goldstene, ARB’s executive officer announced that “effective immediately, and until further notice, no enforcement action will be taken for noncompliance” of the agency’s off-road equipment regulation.

ARB said they took this move because California’s construction nose-dive has made it “difficult for contractors to pay for required clean-air upgrades to their fleets” and reduced construction activity has lead to a “corresponding reduction in construction emissions.”

Score one for construction, right?

“The truth is, they couldn’t enforce it if they wanted to without the EPA waiver,” Davis says. (The waiver would allow CARB to set its own off-road emissions regulations.) “While it’s nice they’re making this gesture toward the industry, it’s not any big gift on their part.”

And so Davis maintain his members are right where they’ve been all along, looking down the barrel of regulations based on what the Associated General Contractors of America has proven to be gross overestimates of environmental harm. Doing an equipment analysis using ARB’s own data and research parameters, last year AGC found ARB’s original 2000 estimate overstated NOx and PM emissions from the state’s off-road diesel engines in 2009 by close to 40 percent.

As part of its announcement, ARB said it will hold an executive officer hearing on March 11 “where stakeholders may testify on the question of whether the off-road regulations should be further modified to account for the down economy and subsequent emissions reductions.”

While Davis is encouraging his members to present their stories, he takes a jaundiced view at a positive result for construction. “They’re supposedly on a fact-finding mission, but we’ve been doing fact finding with them for the past three years. They just don’t pay attention.”

All of this presents some interesting questions for the special report we’ve slated for next month. What does this postponement really mean? And what about the contractors who have spent a great deal of time and expense to get themselves in compliance for the coming regs? Are they now at a financial disadvantage with competitors who did nothing?

Our staff will spend the next few interesting weeks finding the answers to those questions.

As a final note, I’d like to welcome Mike Anderson to the staff of Equipment World and our sister publication, Better Roads. Mike, who serves as senior editor of both magazines, brings to our readers a wealth of construction equipment journalism experience, with stints on Canada’s Equipment Journal and Construction Equipment magazines. Contact Mike at mike.anderson@rrpub.com or (205) 248-1310. EW 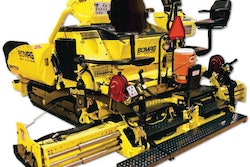 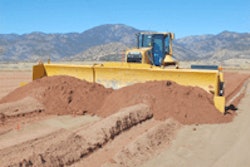